The “big time” in Chicago and New York had been a busy life filled with high pressure and round the clock work that took him away from the things Bill loved. He was good at his job and he knew it, but he had really begun to enjoy the lifestyle in California and Oregon. After all, William Stewart Dinwiddie was born in rural Tennessee back in 1871. He had grown up outside, and after twenty years surrounded by concrete, steel, and glass, the fresh, open air of the west must’ve been a welcome change. 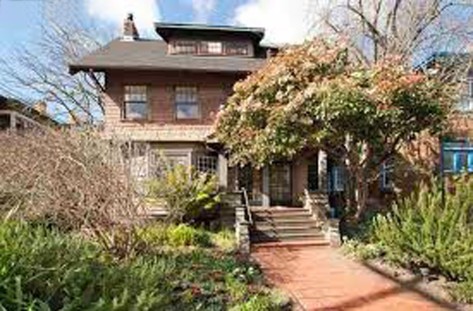 2804 Hillegass Ave, Berkeley. Photo: Zillow.com. According to Zillow, the house was built in 1910, but from photos in my collection, it appears to be the house the Dinwiddies lived in during 1907. It saddens me to see that the 100 year old home has been carved into five separate apartments/condos.

The family had settled in a nice, big house on Hillegass Avenue in Berkeley, and things were going well in 1907. Bill had plenty of work with Thompson Starrett, and he enjoyed his hunting and outdoor activity when he could get away. Helen was expecting another baby, and the boys were busy with school and other activities. In May, Bill’s father, president and owner of Peace College in Raleigh, North Carolina, Professor James Dinwiddie, gave a “tender farewell address” at the University’s spring commencement ceremony, and travelled out west for a summer of relaxation and recuperation. The 70-year old Dr Dinwiddie had been feeling under the weather for the preceding months, and was looking forward to spending time with Bill, Helen, and the boys. It was during this visit—on July 3, 1907—that James Dinwiddie died of heart failure. Te California Death Index and various obituaries state that he died that morning at the home of his son. Though no reports state it, I’m sure Bill accompanied his father’s body back to Raleigh for internment at Oakwood Cemetery, where he was buried in the family plot. (A more thorough biography of Bill’s father will be coming in the future. Dr James Dinwiddie was well loved, and there was a LOT written about him!) 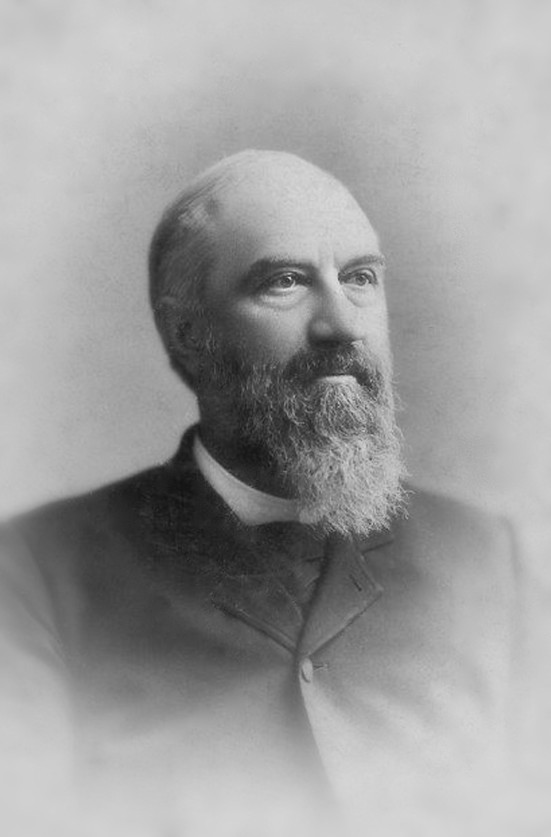 Six months after his father’s death, Bill and Helen welcomed their fourth son, and named him for his grandfather. James Dinwiddie—the most brilliant, talented, friendly, and amazingly handsome of all the Dinwiddie children—was born in Berkeley on January 4, 1908 amid parades, fireworks, and fanfare. (OK, maybe not all those things, but since this is my blog, I can add a little artistic license, can’t I?) 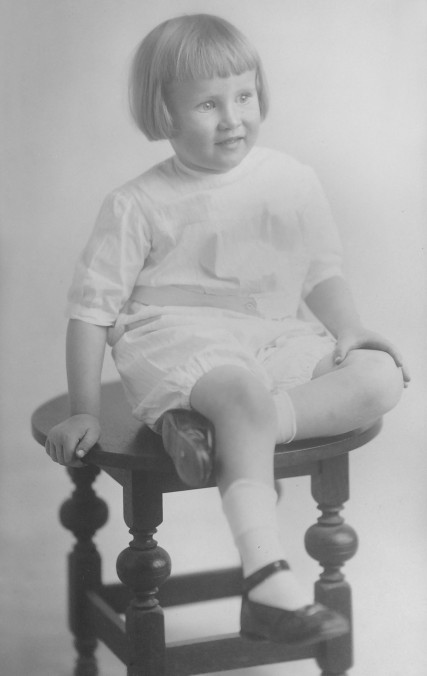 Bill and Helen’s 4th son, James Dinwiddie, named for Bill’s father. I’m going go out on a limb here and to push all my chips into the center of the table and wager that this fantastic looking, brilliant, sweet, compassionate kiddo is going to go on to have the most amazing granddaughter that ever existed. Photo from the Dinwiddie/Dirkes/Phelps private collection.

During the next few years, Bill worked hard to finish the contracts undertaken by Thompson Starrett. Since records are scarce and specific structures’ histories and the National Register of Historic Places don’t always include builder/contractor information, it has been challenging to identify all the buildings Bill Dinwiddie supervised, but according to Jim, (the brilliant, talented, friendly, and amazingly handsome Dinwiddie son I mentioned earlier) Bill handled at least nineteen contracts during that period. 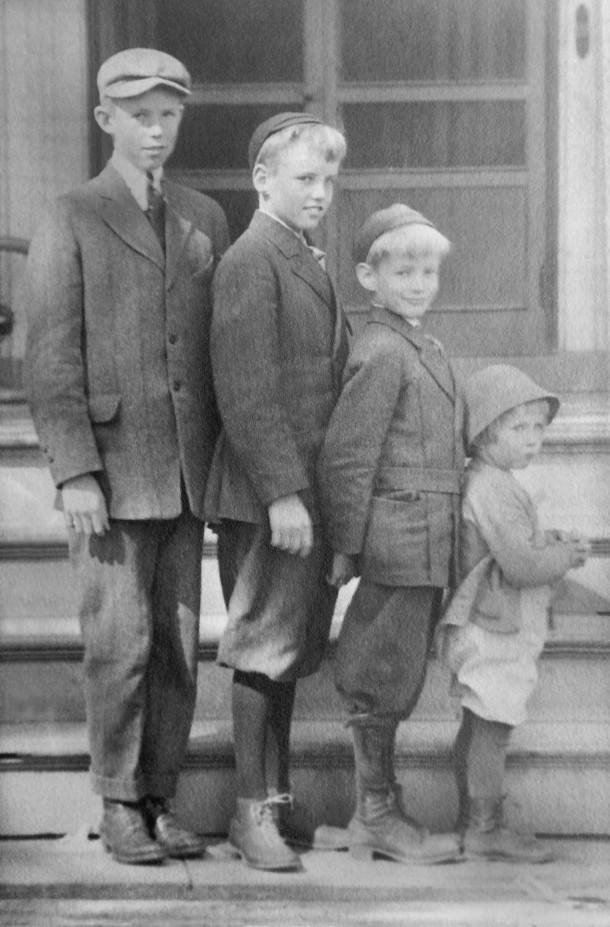 The four Dinwiddie boys, c.1910. From left to right: Starrett, Goldy, John, and Jim. Photo from the Dinwiddie/Dirkes/Phelps private collection.

A surge in New York skyscraper interest in 1911 prompted Louis Horowitz, now the president of Thompson Starrett, to call Bill back to New York. But Bill was done with the rat race. He was tired of the long hours, the travel, the big cities, and the stress. At 40 years old, he was enjoying life in this simpler, more fun environment with his wife and their boys. Personally, I suspect that the legal drama playing out between the Thompson Starrett Company and Theodore back in the New York courts didn’t sound very inviting either. Bill was an honest, family man who often conducted business on a handshake, as he had done with Sears, Roebuck & Company in Chicago. The maneuverings of Horowitz and the Thompson Starrett board of directors in opposition to his wife’s brother probably made Bill even surer that he was making the right choice for the next chapter in his life. 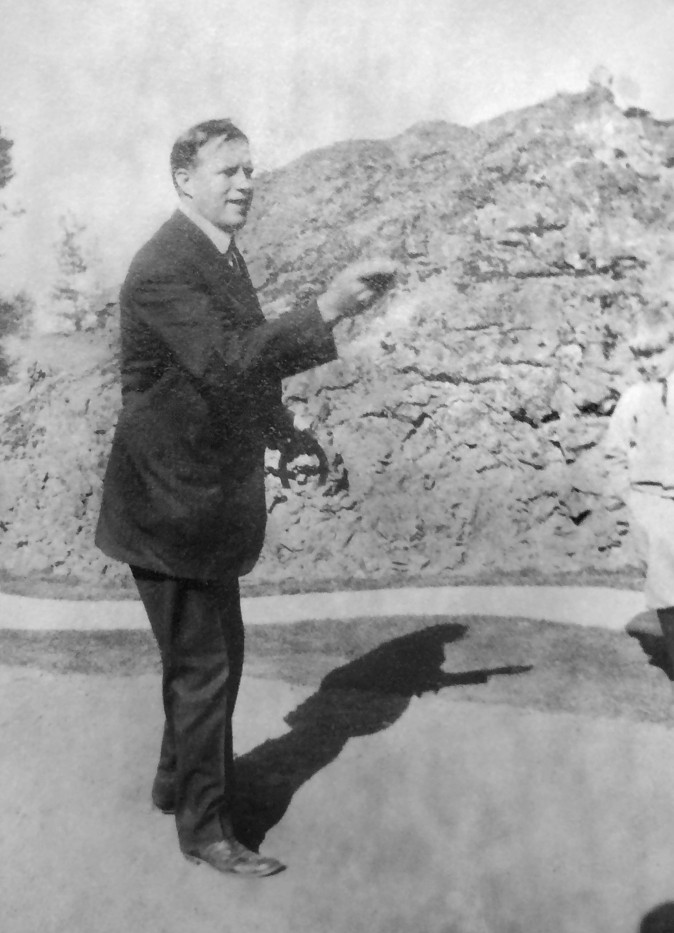 It was in 1911 that William Stewart Dinwiddie took the biggest leap of his entire career. He declined Thompson Starrett’s call to return to New York, submitted his resignation, and took hold of the opportunity of a lifetime.