Last year, I posted the following history “lesson” and trivia question on my Facebook page. At the time, the Scottish people were preparing to vote on independence, and since there are so many Americans who feel a HUGE sense of pride in their Scottish ancestry, I thought I’d challenge them with a little tidbit of history that not many people know. I had a very enthusiastic response to the post, so I thought I’d share with the blogging community. See if you can figure it out before you Google it. It’s a fascinating story. (I condensed a TON of info down to a few paragraphs to make it quick!)

*Disclaimer for all y’all who are super sticklers for 100% spot-on history. I know my history, but this ain’t a doctoral thesis, so if my history doesn’t deserve an A+, please be kind! 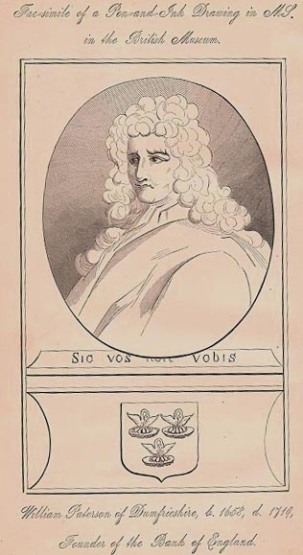 In 1695, a Scottish merchant/missionary from Dumfrieshire named William Paterson made his fortune in business and became a ‘projector’– a promoter of speculative moneymaking schemes. He came up with an idea and petitioned Scottish Parliament for money to fund his “Big Idea.” Scottish Parliament established a company granting him funds of £300,000 and William III kicked in a little support (partly because he felt bad about the recent Massacre at Glencoe). But, as the English do, they got their panties in a wad and William III, who had originally agreed to give assistance to the Scots, withdrew all support, leaving the Scots in the lurch. In a wave of Scots patriotic indignation, money began pouring in from all levels of Scottish society, and Scottish investors saw this as a way of re-establishing their national pride. £400,000 was raised from more than 1,400 individuals (including servants and craftsmen) a sum that was about HALF of Scotland’s available capital. The future of Scotland was at stake. Literally. 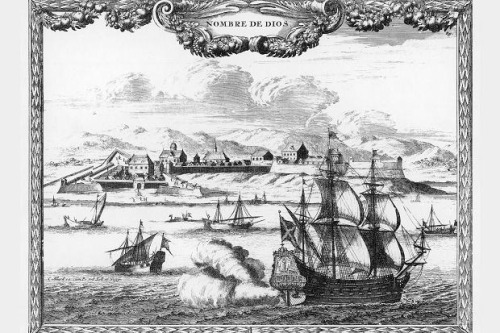 Five large vessels were loaded with merchandise– wigs, wool (Scotland’s principal export), stockings, shoes, slippers, hats, and 1,500 bibles in English. The Scottish were going to be SUCCESSFUL TRADERS! Aristocracy sent their younger sons, Army officers who were kicking back with nothing to do since the end of fighting in Europe in 1697, and hundreds upon hundreds of others. All in all, 1,200 people boarded the merchant ships, and hundreds of others had to be restrained from stowing away in the ships. Excitement was so great that almost the entire population of Edinburgh came to see the ships off on July 26, 1698. It was a joyous atmosphere. The Scots know how to party, and this was a moment to CELEBRATE! 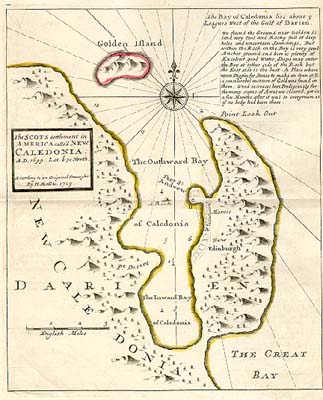 On November 3, 1698 a colony called Caledonia Bay was settled in a beautiful bay all the way across the big blue ocean, and Ft St Andrew was built nearby and equipped with 16 guns. At first, all went well. But then those English ninnies got their collective panties in a wad again and forbid nearby colonies from trading with or supplying the Scots. (In other words, the wouldn’t let the English Colonies in America trade with the Scots. Wanker.) For a settlement established as a trading station, this was a fatal blow. It soon emerged that far too many of the Scottish settlers were “gentlemen” and had neither the strength nor the determination to complete the labor required to complete a settlement. Back then, these guys were used to having things done for them, not doing things for themselves. Colony life wasn’t easy. Neither was the work in store for them. With the trade embargo, it became clear that the only people who would trade with the Scots were the native people, and they didn’t really want or need the wigs, wool or bibles the Scots that brought to trade. Mostly because NOTHING they had brought with them was practical for anyone other than those interested in European wares.

The work was backbreaking. Disease was rampant. They were not used to the climate, and fresh water was not nearly as close to the settlement as they had planned. Within six months, nearly 400 Scottish settlers had died. The men died. The women died. The children died. No one was spared. On June 20, 1699, just seven short months into their grand venture, the remaining settlers abandoned Caledonia Bay to return home. Those who made it returned home in shame. 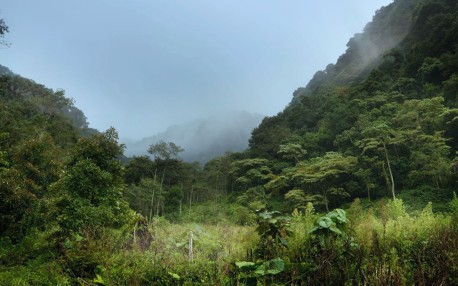 Unbeknownst to them, a ship carrying 300 new recruits and plentiful supplies (and trading stock) had left Scotland en route to Caledonia Bay. When the replacements arrived, they found the settlement abandoned. However, because the Scots are awesome, they decided to stay and restart the colony. Unfortunately, they didn’t take the time to really assess the situation or they might have realized why their countrymen had abandoned the settlement. 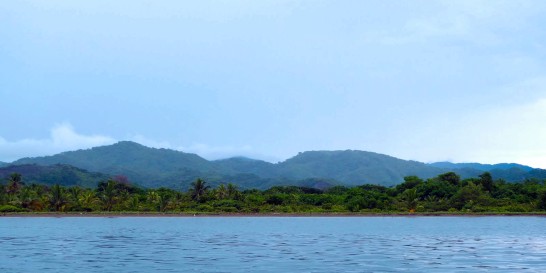 Meanwhile, a third expedition set sail from Scotland with four ships, 1,300 Scottish men, women, and children, and copious supplies (and a bunch more of that crap no one wanted to trade, because, they STILL didn’t know what was happening in the colony). One in ten died on the voyage, but the remainder reached Caledonia Bay. These religious Scots, however, were paralyzed by their faith that had declared that warfare was illegal (strange for Scots, huh?) thereby allowing their enemies to assemble strong enough forces to effectively put an end to Caledonia Bay. New Caledonia was invaded, William III declined to help, and the Scots were given 14 days to leave.

On April 11, 1700, the Scots departed New Caledona, colors flying, drums beating, pipes wailing, and still in possession of their guns. Many were so weak they could hardly hoist their own sails. Most of the vessels were subsequently shipwrecked. In all, Paterson’s “Big Idea” had cost over 2,000 lives and the savings of an entire nation. Additionally, this disaster hastened the coming of the Act of Union that dissolved the Scottish Parliament. Seeing the futility of trying to compete with England and completely stripped of capital from the disaster of Caledonia Bay, Scotland was merged into Great Britain in 1707. 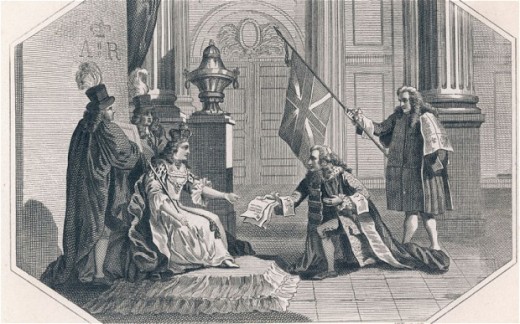 Those who left New Caledonia alive did not return to Scotland. They were too ashamed, and they knew they would be outcasts upon their return. Some resettled in Jamaica and the West Indies, and other found their way to the American Colonies and either blended in with the population there or changed their identities and lived out their lives “undercover.”

William Paterson’s big idea never came to fruition the way he had intended, but he has gone down in history for many reasons. He wasn’t the first to have this “idea,” and he definitely wasn’t the last. And Scotland was not the only country to bankrupt themselves over a similar plan. And, a loooooong time later, someone actually did fulfill the “big idea,” but only after a whole lot more research, planning, technological advances, manpower, and a whole lot more stuff.

Where was Caledonia Bay, and what was William Paterson’s “Big Idea”?